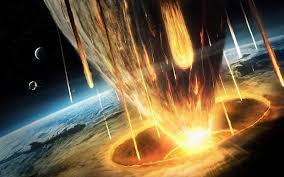 It is within the scope of the information, to bring through the basic framework of the underlying movement, of how we may assist you to spearhead the ripples of change that will spread outward through the mass consciousness. Remember that when the pebble is first cast, the first outward ripples would seem inconsequential, but in the moments that follow, they move outward in ever widening circles. This process works when the waters of the pond are still. The mass consciousness is indeed mesmerized into stillness through the methodology employed by the planners of this situation.

That does not include ones involved in skirmishes of war, but when the totality of the billions of beings upon the planet is considered, you must remember there are many who are not reached by the media communications and are unaware of any of this drama. Therefore the surface of the mass conscious awareness remains quite still. This is the reason that it is imperative that we accomplish our goals to interject our changes within the individual awareness of key individuals now. It is the slow and undetectable change of thought patterns within each individual that comes into contact with this knowledge, that is the underlying foundations of our building process. The talk radio programs as well as the supporting data available on the internet is making an impact, with additional printed and visual material for those who are yet to comprehend and process the wake-up information more completely.

This format is reaching countless individuals who have this within their conscious and subconscious levels of mind. Their degree of denial on the conscious level does not matter at this moment in the sequence of events. The information is there to be remembered when some item of news or event in their experience will trigger the remembering of it. The internet reaches around the planet, and the mushrooming of interest in available information is a measurement of the thirst for this knowledge, and is a small indication of what is going on. Please note that had one of the talk show hosts indeed stopped his involvement, there was backup present and already in operation. Volunteers are given opportunity, but backups are standing by, not only waiting, but already in position. Ours is not a slap-dash poorly planned operation. Just as the opposition has focused energy to lay their plans and to implement them, this was not unknown to us. In the observation of these, there were plans in readiness so that any possibility to end their endeavor at earlier stages was possible. Indeed, a chess game of great magnitude has been in progress for a very long time in your counting. Now we are down to the final moves.

The understanding of this basic framework of the plan involves seeing your part in the initiation of this phase as being within the first pebble. To bring change to a mass consciousness involving billions of points of awareness by a small group of focused awareness is indeed a tiny pebble. It is the focused aspect that makes the difference, especially when that focus is in harmony with the underlying purpose of the creator. As that focus encompasses a larger and larger group, the pebble becomes larger and larger. Just because it has reached the surface of the pond of mass consciousness of those inhabitants of the planet, it has not reached the level of the surface of the pond of awareness of the planet herself.

The level of awareness of earth consciousness is a whole new ball game, which has never been explored by the humanity in this sojourn you refer to as the current wave of planetary “civilization”. It was known and understood at what might be called ‘Priestly’ levels long ago, but the information was not disseminated. Just as there are what you call beings of awareness that have transcended 3rd dimensional experience, and who are devoted to the task of assisting you in this process, so also there are foci of awareness that serve in that purpose at the planetary level. Those are fully aware of this situation and have not brought their influence to bear. What you perceive as influences involving earth itself, are as yet just normal reactions to distorted patterns brought forth by the extreme misuse of your home base. If the action within the mass consciousness does not bring about the desired changes, then a pebble of different origin will ripple that conscious pond, and indeed there shall be movement on that level which will not be kind to the inhabitants. Unfortunately, that level of awareness is oblivious to individual humans, and so all shall survive–or not, those events by their own intuition as to placement and movements within the events as they occur. It is still possible to bring about the reversal of planned misuse of the inhabitants and the planet without that level of involvement.

As you can see by following the messages, there are multiple levels of involvement, and we have but barely scratched the surface. It is not planned to overwhelm you with information, but only to bring forth that which will serve your understanding that you are not abandoned, but are supported fully so that the opportunity to transcend through the cycles may be fully available. It is not necessary that all of humanity be given this information in order for them to participate at this moment in your timing. Most would not even consider it. It is for those that are open to it, and find comfort in knowing that their efforts are acknowledged and supported. Most have moved on with their assignments without knowing why or how to accomplish them, but have taken advantage of opportunity and kept going because there was a knowingness that it was what they “had” to do. That is courage indeed, which does not go unrecognized in the final accounting of this endeavor.

Blessings to ALL that read and consider this information, for it is given in the focus of love within that which is the source of this opportunity through experience…..