Geometry Is A Very Important Subject, And Curriculum In Mathematics. Most People Do Not Recognize It’s Importance, However It Has Many Practical Applications, Most Especially In Engineering And Architecture. Geometry Deals With Size, Shape, And The Relative Position Of Figures And The Associated Space.  An Object, As Well As A Space’s Property Such As Volume And Strength, Is Computed Using The Principles Of Geometry. All Of What We See Around Us Employs The Use Of And Is Composed Geometry/Geometric Figures–“Templates Of Reality”. These Designs  Most Assuredly Were/Are Not  Made By Accident. Complex Computations Are Necessary To Come Up With The Designs, And Some Geometric Figures Are Not Only Designed For Aesthetic Purposes, But Serve Other Functions As Well. From Ancient Times Till The Present Day, This Most Conspicuous, Yet Secretive Knowledge Has Been Employed For The Advancement, And Detriment Of The Beings On This Planet, Hence- “Geometric Prison Keys”.

Depicted Above Are The ‘Platonic Solids’, And Their Associated Elements. These Geometric Forms Dubbed The  “Templates Of Reality” Creates All Of Our Reality In This Dimension. There Is A Geometric Template For Every Life Form That We Know Of, And We Give It A Name–Bird, Turtle, Fish, Pencil, Chair etc…We Recognize Them Because Of Their Geometric Configuration. 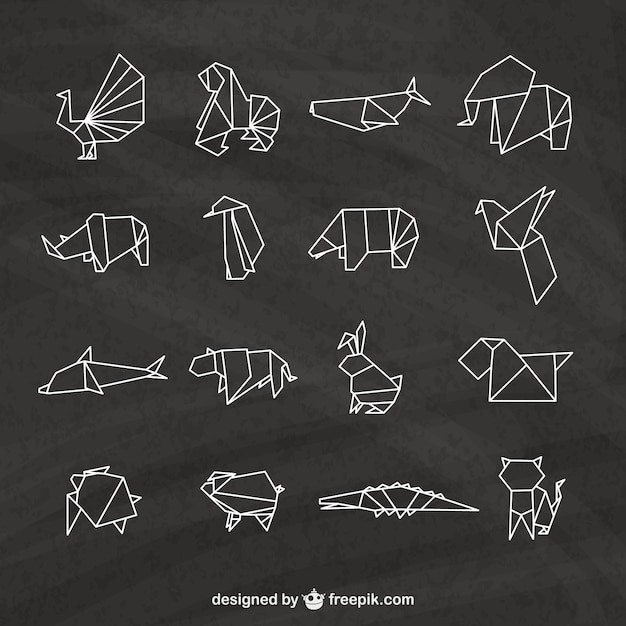 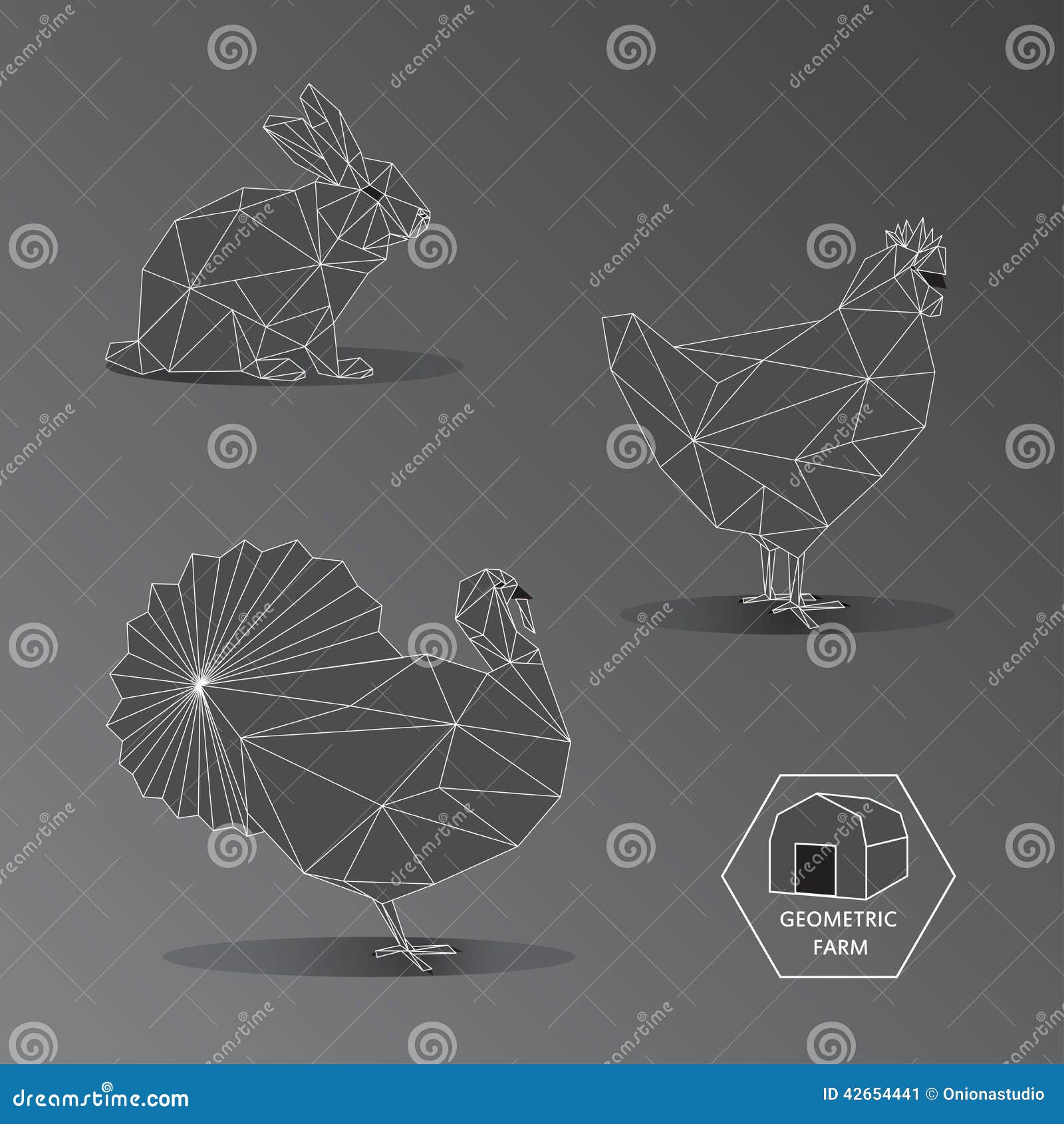 Certain Geometrical Shapes Have The Power To Reach Deep Into The Unconscious And Effect Subtle Changes In The Mood Of The Observer. This Property Is Perhaps Most Apparent When Applied By A Skillful Architect. For Example, Visitors To The Pyramids Of Egypt And Classic Greek Sites Such As The Parthenon Often Experience A Sense Of Inner Tranquility That Can Linger For Days Or Even Weeks. The Most Direct Explanation For The Psychological Power Of Abstract Shapes Is That They Symbolize Certain Human Emotions. An Abrupt Shape With Irregular, Jagged Edges For Most People Symbolizes Anger Or Anxiety, While A Symmetrical Or Rounded Shape Represents Feelings Of Relaxation And Inner Peace. It Is Possible That The Near Universal Meanings Of Certain Shapes Reflect Sonic Pattern-Making Ability Within The Mind Itself. There Is Firm Evidence Some Geometric Forms Are Innately More Pleasing Than Others.

Sacred Geometric Forms, Or Polyhedrons Allow a Correct Balanced Absorption And Emission Of Energy & Information From All The Relative Directions Of The External Universe Coming Thru Those Axes. Now That The (hopefully) Simplified Intro To Geometry Is Out Of The Way…Let Us Proceed Onto The Evidence Of Our Imprisonment By Geometry, The Battle Between The Custodian-Jailers Of This Planet, And The Members Of Project:Blue Rock & Their ‘Geometric Prison Keys’—-

“Major Cities Like Washington D.C., Are Built On Geometric Talisman Layouts, i.e. The Pentagram. BUT More Importantly, There Are 3-4 Layers Of Talismans Built Upon Each Other, Then The Structures Placed. It Is Like That For Many Cities, Government Buildings, And More. Most People Don’t Realize, Care, Or Catch On To This…”

(National Library of Republic of Belarus- note the  Rhombicuboctahedron)

There Are Many More Examples Of These ‘Geo-Talismans’, But For The Sake Of Brevity, Am Keeping The Lions Share Of My Collection In The Bag! However, If Your Looking Through Your 3rd Eye, The Implications Should Be Sobering, To Say The Least.

Geometric Prison Keys :  This Segment Is A Short List Of The Entities Involved With Raising The Consciousness And Quality Of Life For Humanity, Through The Employment Of Geometry:

1.Crop Circle Creators: What Are Called Crop Circles Have Caused Great Curiosity. In Times Of Great Stress For A Planet, Not An Unusual Thing In Keeping All Within Balanced Orbits, etc., Energy Is Focused Into The Various Grid Systems That Maintain Orbit And Spin Velocities And Other Physical Phenomena.

It Is Similar To Tuning Up Your Automobile Engine To Keep It Running At Peak Efficiency. This Is Done On A Regular Basis. In The Case Of Our Planet, Which Is Under Great Stress, As Even The Most Sleeping Human Will Acknowledge, This Process Is Going On With Increased Regularity. The Crop Circles Are Dynamic Energy Codes That Are Being Sent As Usual, But Are Being Made Visible As An Attempt To Awaken Humanity To The Truth That Outside Help Is Maintaining The Balance. 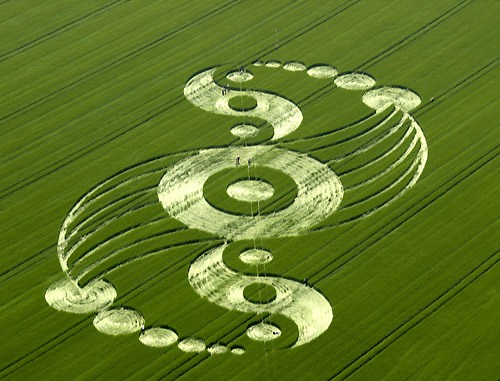 The Shapes Vary With The Specific Energy Patterns Being Focused. There Are Certain Particularly Restorative (for lack of a better word) Areas That Bring Forth Specific Planetary Responses. These Shapes And Places Are Matched For The Response Needed. These Are Not Meant To Be Decoded, But Rather Accepted For Their Intended Purpose.

(Tama-Re’ ‘Egypt Of The West’ in Eatonton, Georgia. A fearless & defiant declaration of war against the malevolent influences/energies being placed into the energy grid of this planet. The Magurag ritual pictured, was a  positive counteracting and balancing ritual  that was initiating a “morphic dominoe effect.” One of the main reasons, in my view, of the invasion and takeover of the land.)

3. Dr. Ibrahim Karim: This Architect From Egypt Is The Founder Of A Science Which Has Been Rediscovered From Ancient Times Now Known As Biogeometry.

The List Of Good Things To Say, And The Awesome-ness Of This Man & This Modality Are Numerous, So Eye Will Just Quote And Post Link:

“Balancing the activities of daily life, achieving harmony with our inner and outer environments, humanizing modern technology, integrating science and spirituality, and discovering the unified scientific reality behind all religions is the work of the science of BioGeometry®.

Just two decades ago everybody was afraid that the end of life on earth would come as a result of a Third world War. We thought that the global extinction of life on earth would come from nuclear warfare and our carelessness towards our environment, endangering plant and animal life; the ozone hole and global warming causing natural disasters everywhere. However, the real potential danger is one that we are barely aware lurking just around the corner.

The age of information carries with it the potential to the global extinction of our civilization. We are continuously increasing the amount of carrier waves needed for the wireless technology of modern communication in the earth’s atmosphere every day. These electromagnetic waves are thousands of times stronger than the level used in the communication in our body cells. The problem is not the saturation of the earth’s atmosphere through quantity, but also a detrimental quality. Even people who avoid using high technology are not immune. No one is immune even if one lives at the far end of the world or on top of the Himalayas, because these are carrier waves with penetrating properties. It is like trying to move a breeze through a storm, our immune systems are continuously trying to correct the distortion in the transfer of inner information in our body; very soon the threshold will be reached when a total collapse of our body defenses will take place.

BioGeometry® is a science that deals with the Energy of Shape; it uses shapes, colours, motion, orientation and sound to produce a vibrational quality that balances energy fields. BioGeometrical shapes are two or three-dimensional shapes specially designed to interact with the earth’s energy fields to produce balancing effects on multiple levels on biological systems. They were developed and patented by Dr. Ibrahim F. Karim, D.Sc. in Cairo, Egypt, during research since 1968.

To understand the effects of BioGeometrical shapes on the human energy system, we have to recognize that the human body has an energy field around it, which has its own north-south axis. As we move around, the angle formed between our individual axis and that of the earth is constantly changing, and this in turn either strengthens or weakens our energy field. The positive range is very small, vulnerable most of the time, and is a major factor affecting our health and well being. BioGeometrically balanced energy, however, considerably strengthens our energy fields to such an extent that we are not detrimentally affected by changes of orientation. In fact, it appears to cancel obvious energy interactions predicted by currently accepted physical laws.

Research in BioGeometry® was and still is mainly dedicated to the development of a new form of architecture that would enhance the human biological system and give a new meaning to the concept of “Home”. To upgrade the energy quality of existing homes and cancel the potentially harmful effects of unchecked energy fields due to the architectural design, furniture layout, electrical wiring and modern appliances, specially designed decorative elements are strategically placed to neutralize negative energy and add a positive quality to it. BioGeometrical shapes when designed or engraved on jewelry have shown positive effects on the body’s energy field, and reduce considerably the potential health hazards caused by cellular phones, computers and all other modern appliances.

The impact of geometrical shapes on human energy systems has always been universally recognized. This awareness gradually disappeared, and our “modern” approach is to consider these ancient forms either as symbolic art without function, or attribute them to magical practices. Although the modern development and practices are not directly derived from Ancient Egypt, a very advanced know-how in this field is evident when we analyze and use the shapes that they have developed thousands of years ago.

They must have been able to interact with nature in a more advanced way than we do today, based on the study of the vibrational properties of the geometrical shapes they used in their monuments, art, statues, amulets, and many other aspects of life. The effects of energy went beyond the Pyramid shape; the Ancient Egyptians used it in a very practical way in all aspects of their life. Unlike our modern energy forms that are highly amplified states of energies occurring in nature, this science dealt with forces on a natural level as they occur in nature. That means that this Ancient Egyptian science was more like a language that they used to establish two-way communication with nature. This two-way information flow process was used to establish total harmony in all actions between man and nature, to acquire a deeper knowledge about anything by accessing information about it’s working principles on the energy level, and most important of all to influence any action in nature by manipulating its energy patterns to achieve the intended results.”

Ahhh……….’Nuff Said Folks. If You Have Gotten This Far, Thank You For Reading…