Greetings! It Has Taken Me A While To Get To This Topic, What With The Myriad Of Other Topics To Be Touched On And Completed. This Was Inspired By An Interview Of The Late Great Dick Gregory, Who Dropped Very Deep Dime About There Being “Two Trumps”…And For Your Research Purposes That Starts At The 4:00 Minute Mark:

So, Let Us Get Into This Profound And Very Alarming Topic, While Getting The Overview On The How And Why This Science Is And Has Become Necessary To The Puppeteers Of Planet Earth…..

The change in perspective that each acquires as these messages are read and contemplated, is a process of exchanging old perceptions for new ones, and climbing to the top of the rock so that each is discerning from a new and different viewpoint. With each new reading and contemplation, the viewpoint will change again. The belief system changes and allows for the same printed words to stimulate a different recognition of the reality that each creates for her/himself. This is the natural flow of (r)evolving life experience. The planners of containment continuously attempt to thwart this natural inclination through every control method possible. Government and media are their primary agents of control at the mental level. Fear is their primary tool at the emotional level. War and induced disease that goes hand in hand with destructive medical treatment are the control mechanisms at the physical level. That which controls the spiritual level of experience and interacts within the other three levels is religion.

The focus of religion is to contain and prevent the developing human awareness from reaching the goal of (r)evolvement, because its methodology is designed to hold the goal always beyond the reach of present time. Humanity has been fooled into believing a total contradiction. What is called reincarnation is denied, yet reward for a life of suffering and sacrifice is to be attained after death, or possibly by future generations. Where is the logic to be found in this concept? The cosmos positively could not exist if it was not logical! Therefore, the understanding of the cosmology of humanity must be logical in order that humans may progress within it, right now! The planners of enslavement have it so easy when humans desiring evolvement are contained within the house of religion, with its illogical and contradicting edicts that are sold into belief on “faith”. Buying illogical concepts can be likened to padlocking the doors and windows of the prison on the inside, and sliding the keys out under the door to the jailers. Its like asking the wolf to guard the sheep. Are all concepts within religion wrong? Certainly not. Much truth is contained within the tenets of all religions, but many distortions and outright fabrications are carefully included within each and every religion. These have been deliberately placed there to deceive and control. 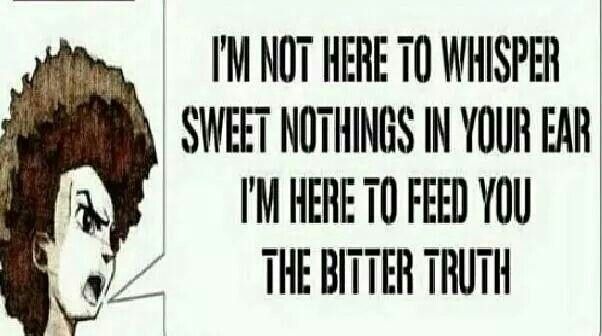 At the beginning of these missives it was stated that the “God thing” was not a hoax. This is so; it is just that the perception of what “god” truly is has hopefully changed through these messages. Humanity has been deliberately guided to ‘Personify to Identify’. In reality, that which it has been led to personify is potentiality expressing into creation. The personality of this process is with each self-awareness, not an all powerful being.  The outward expression of potentiality through the creation process is to expand or separate the energy into self aware units, and all that is necessary for it to recognize and revere its own potentiality and discover how to empower itself. At that point, the return trip becomes the opposite of that process. It is a gathering process. The law of attraction (magnetization) draws these separate self-aware units into groups of awareness that “enjoy” pursuit of like or common focus that reveres the creation as a wholeness. These then become larger units of focus, while yet maintain their individual awareness. (R)evolvement becomes a joyful gathering of momentum for there is agreement and cooperation, not competition and friction.

It can now be apparent that the victim consciousness does not fit the above criteria for the return trip. the enslaving consciousness does not fit the above criteria either. Both vibrate at the lowest rate of human existence. *Those within the “upper echelons” of the enslaving consciousness have found the humans on earth a most vexing group with which to cope. They have since ‘manufactured’ a more satisfactory slave pattern. The emotions were left out of the design; it is easily programmed; the vibratory rate is below the possibility of consciousness evolvement; the rudimentary thought process is slow; as is the ability to adapt. The cost in resources to maintain them is very low, so there is no reproduction to control. Cloning reproduces them when conveniently needed. Humanity does offer something the new slave does not. Challenging entertainment!* Does that please you to know that your victim consciousness rates as challenging entertainment? Eye would think not. It is time to bring an end to this scenario and to write the script that will bring freedom and the conclusion to the “long suffering” that this branch of humanity has allowed itself to endure. It is time to become the winning team. It is time to claim the hoped for carrot offered by the devised religions of the enslavers. It is appropriate to birth the new paradigm now. It is more than earned.

**There Is The Growing Of Political Creatures (politicians) In What Are Called “Bastard Farms”, These Bastard Farms GROW Humans. The Farms Also Falsify Extensive And Convincing Backgrounds And Records For Them—Creating That Litter Rarity: Politicians With ‘Clean’ Pasts. There Is The Infusing Of “Wetware” Technology, A Consciousness Upgrade Program That Allows For The Grown Humans To Function And Act/Play The Part On The World Stage…..These Farms Are Also Whoring Out Transient Girls To Businessmen/Politicians, Who Like Their Lovers Minus The Usual Weight Of Brain Matter…